I always thought that Chengdu was a busy city, with a population of 14 million, that’s quite a lot of people! But when I arrived in Hanoi, I realised that Hanoi is absolutely crazy! Motorbikes everywhere, people everywhere, cars everywhere…. noise everywhere! It was just crazy. I knew it was a bustling city, but both of us were not prepared for how busy Hanoi was. We were a bit overwhelmed at first, but then we sort of settled in and got to used to the madness of it all. I definitely couldn’t live there, but It was great to visit the city. So here are a few places in which we visited while there.

So because we arrived in the evening, we got to the city and it was dark. We arrived at our hostel and then took a stroll around the area. We found out we were situated very close to the famous Hoàn Kiếm Lake, and we took a walk around it at night.

The atmosphere was great because there were lots of people about, kids were playing games on the street, and it was just a really nice place to be. We really enjoyed walking around the lake and seeing what people were doing…. painting, skipping, dancing. 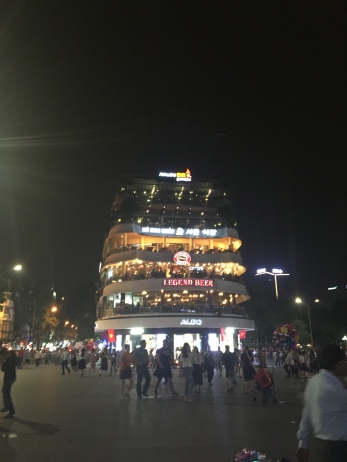 On our first day exploring, we visited Hỏa Lò Prison where John McCain was imprisoned. Unfortunately most of the prison was demolished, so only a little bit of it remains. But it’s very interesting and it’s worth a visit! 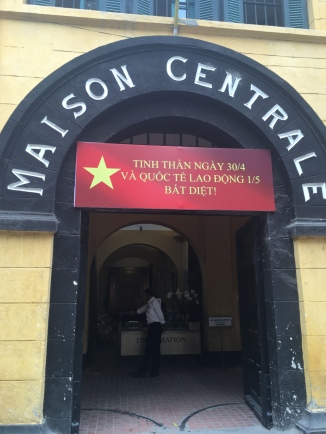 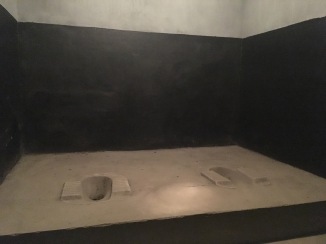 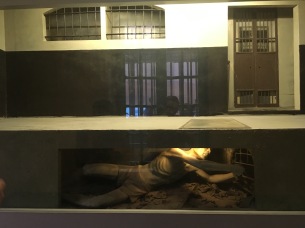 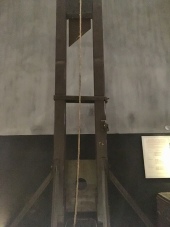 We also visited Quan Su Temple, a small temple in the heart of Hanoi. It’s quaint and very pretty! 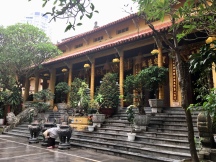 Not knowing where we were going, we ended up at the Temple of Literature. It was quite busy but it was nice none the less! 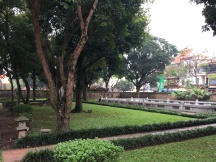 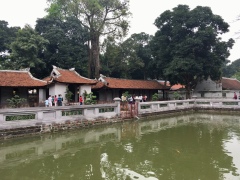 To continue reading about my time in Hanoi, click here: Vietnam: Hanoi Part 2