So with having booked the 3 days and 2 night tour on the cruise (junk) boat, we were brought to more places than the others who just opted for the 1 night tour. I recommend the 2 night one.

First we were brought to some big caves, where the manager of our junk boat took us into the caves and told us about them. There are 3 caves altogether and the last one is huge! 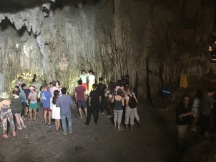 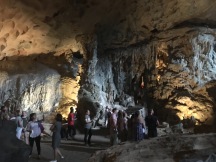 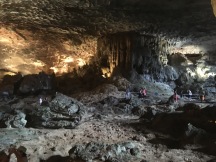 The next day we went with another couple on our day excursion. The man who would be taking us for the day said that for previous day there were 16 people on the day excursion, so we were very lucky that we were accompanied by only another couple! They brought us to a smaller boat for the day, so it was great having the boat to ourselves and the other couple!

He took us to see some monkeys that live up on the mountains. While there we passed a few boats filled to the brim with Chinese tourists, thankful to be on our boat with just 5 people! 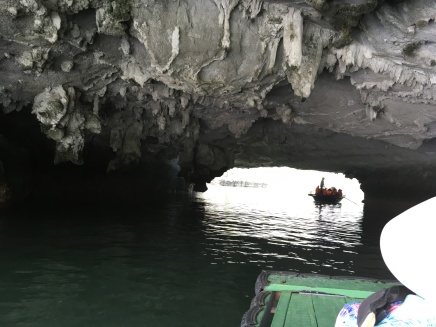 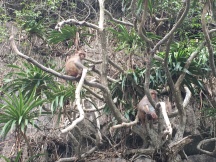 Then we went to visit the Fishing Villages, and it was really interesting! Unfortunately there is only one village left in Halong Bay, as in 2012 or 2014 (I’m not 100% sure) the government moved the people living there onto the mainland so they could have a better standard of living and their children could go to school. However some older generations weren’t happy as they had lived on the boats their whole lives. So now, the people living on the boats don’t live their permanently as they used to in the past. 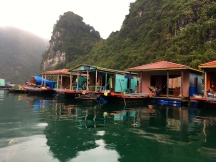 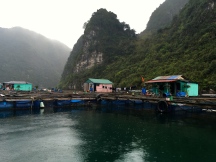 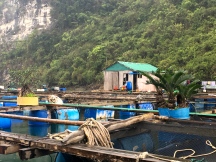 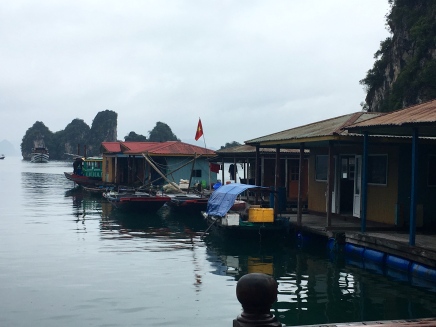 I remember watching an episode of Top Gear (a show about cars) and they went to Vietnam and to one of these fishing villages, and I remember it was that episode that made me interested in visiting Vietnam.

After that we went to a Pearl Farm, where they farm pearls. I never realised it, but it’s actually a very long process, taking years for a pearl to grow. Then many of the shells won’t have a pearl at all. So a lot of it is all about luck. Also many pearls have small imperfections, so that is why they can be so expensive, as the ones that are 100% perfect are very rare! 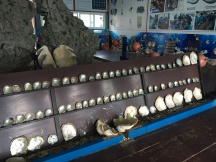 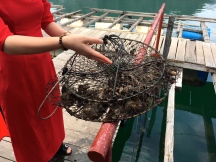 The day after we were supposed to go to a small beach, but because there was a little drizzle outside, we decided to stay on the boat. We really didn’t mind having to spend longer on it at all! They also included Tai Chi in the mornings, so we went up one morning to the deck and (tried) to do some tai chi. It was a great experience.

Halong Bay wise, it was very enjoyable sailing through the karst islands. There are nearly 2,000 of them! There was a bit of rubbish in the sea when we went to visit the fishing village, so that was a shame. It’s a pity the government won’t enforce the dumping of rubbish, as it’s such a beautiful place. We went in the low season so there may be more rubbish in the sea during high season, but I’m not sure. We loved our experience and we would definitely recommend Indochina Sails if you want to go to Halong Bay. It’s only accessible by cruises, there’s no other way to visit these islands. 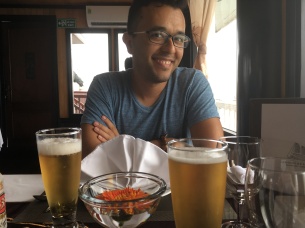 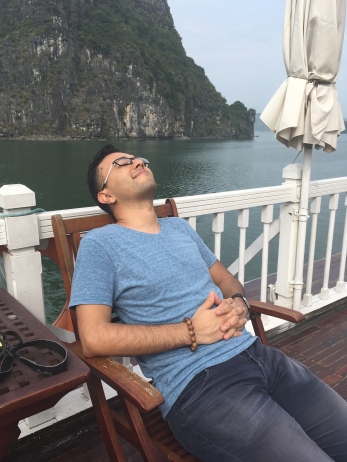 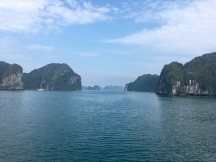 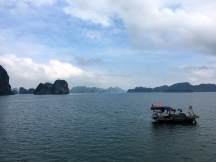 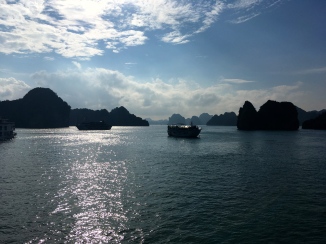 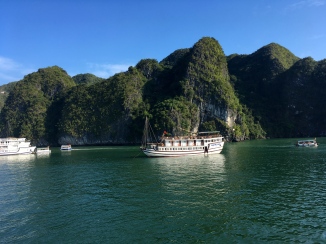 At night all the cruise boats park near each other in the middle of the islands so it’s lovely seeing the twinkling of all the lights from the boats at night time.

All the boats at night

To find out about our cruise boat, click here: Cruising Down Halong Bay, Vietnam: Our Cruise Boat

One thought on “Halong Bay, Vietnam: Our Excursions”