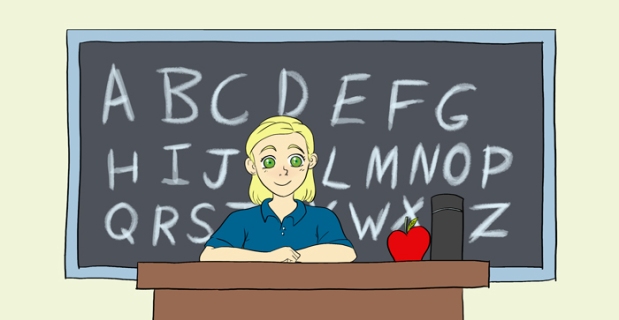 Because teaching here in China has now become ‘normal’ and well, not terribly exciting, I’ve kind of neglected to write more posts about it. But I’ll write an update about how it’s going.

At the moment I have about 10 groups who I teach. Although when I go back full time It will increase. Thankfully, everyone (apart from one group) are fantastic. My youngest are aged about 6/7 I think, while my oldest is 14. My youngest are learning phonics, so for me it’s quite an easy class, plus for them they enjoy it because they don’t have to actually learn English vocab and grammar, just how to say the words.

I’ve had one student for over 2 years now I think, and she moved with me to my new campus from my old one. Her English has improved really quickly! From 2 years ago to now I really do notice her improvement. Now I’m not saying that’s all because of me… but she’s the student I’ve had the longest, so I see the most improvement in her. She’s the one that keeps calling me ‘fat’ (huh and she’s the one that talks about food in class all the time) but overall she is a great student.

My not so great group is with two boys. The two boys that I used to have got split up, so now I teach them separately, but now the oldest boy has been paired with another boy…. and unfortunately the group isn’t so good anymore.

Now my old student ‘S’ has become much more disobedient! It really annoys me because I know that his behaviour used to be good, and I enjoyed teaching him and the other student. But since ‘T’ has joined, he has affected ‘S’s behaviour in class. It’s such a pity, because I know ‘S’ is a good student; I’ve seen it. But unfortunately this other boy is effectively ruining his learning in class.

If it continues I think I might tell ‘S’ that his behaviour isn’t good anymore… shame him a bit about this fact. I know he’s a good boy underneath it all.

But anyway, I’ve recently had a 21 year old studying with me for a few weeks. She is not resigning so I only have her a few more times. She is studying to do an English test, but the way it’s going, I don’t think she will pass. Her vocabulary just isn’t good enough, plus I feel like she isn’t very motivated. haha I can say the same for myself with Chinese sometimes!

In my opinion, it’s a shame that she isn’t resigning again, she really needs extra English classes to improve. I really can’t see her studying by herself.

But she is a nice and friendly student though, and I enjoy teaching her.

Company wise, it definitely need more improvements. Especially with Chinese PA’s… they are dropping like flies in our campus. The PA that has been with us the longest has just left as she hated her job, so I’m pretty sure every other PA has only been with us for a few months.

It’s coming to the stage where I don’t even try and remember their names, as most likely they will leave soon enough. It’s pretty sad though; the company treats teachers with good pay, holidays and two days off a week, whereas PA’s aren’t paid a lot, they only get 1 day off a week, and they have to put up with a lot of crap from parents AND from teachers complaining. So I’m really not surprised that so many quit.

Unless all the PA’s decide to revolt and protest, I don’t think much will change, especially if they don’t want to ‘lose face’, a strange Chinese phenomenon.

If you have never heard of this, have a look at the link below for some information about it!

Confessions of a Doctor to be